A major change took place in 1815 when the Quaker-owned London Lead Company set up their headquarters for Northern England in Middleton. You can see their main buildings up the Hude road.  Better roads were required to transport the ore for smelting and the bridge over the Tees in Middleton was built.  By 1833, eighteen mines were listed, ten of which were the London Lead Company’s.    A model township was built at Newtown in Middleton.

Look at Masterman Place and you can see managers’ houses and the old library building. The arch was originally gated and down the hill are the workers’ houses, with their long back gardens and the remains of water fountains set into the walls. Anne Metcalfe’s history of the arrival of the London Lead Mining Company can be read here

Another reminder is the fountain by the green in Middleton, erected in honour of Robert Bainbridge, Superintendent of the London Lead Company, to mark his retirement in 1840.

In 1842 workers set up an association which became the Teesdale Workmen’s Industrial and Provident Society, with a loan from the London Lead Company.  This enabled employees to buy corn for members, making it one of the first co-operative societies – the Co-op is still an important shop in the upper dale.

Sadly, in the 1890’s the richer vein of ore had been worked out and it was uneconomical to mine the smaller veins as competition from Spain grew and other materials, zinc and iron, were substituted. In 1905 the company ended its operations in Teesdale. 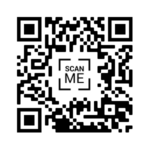